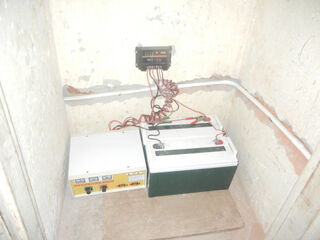 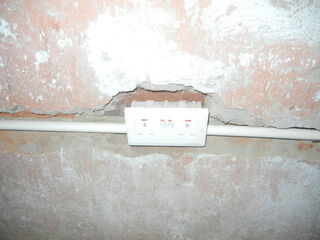 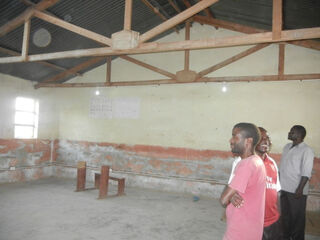 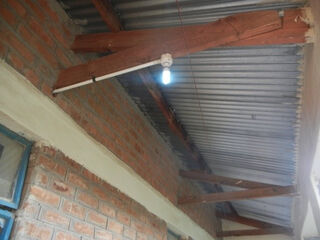 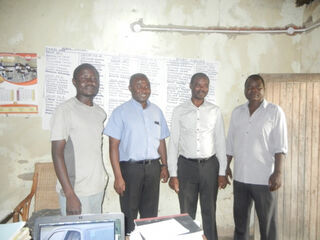 Chamwavi headmaster’s office has benefitted from the solar power as shown above. The same applies to the deputy headmaster’s office. From Right To Left: Mr. Gidala- Deputy headmaster, Mr. Masaiti- Headmaster for Chamwavi secondary school, Peter Minjale- K2 TASO Director and finally Geoffrey Kamkwamba- The man behind the success of the entire solar power installation as he has done the good work. Thanks to William Kamkwamba, Geff’s cousin for connecting us to this blessed hands man.
We will also donate cement and the school will manage river sand and labour for the sealing of the electricity pipes so that they invisible.
We are very grateful to BTM, Jane, Naomi and all the people behind support of introducing computer studies here in rural Malawi, Kasungu east.
Best wishes.
Peter.

Our final new 2018 project is not really new, but a direction to be headed in on a road we’ve already taken. I’m talking about cows. If you’ve been following us at BTM for awhile, you’d know that we have managed, thus far, to donate 24 cows in our area of the Kasungu East District. Most of these are females, and, therefore, milk producers. It is our hope that we will reach a critical mass of donated cows at some point in the future which will produce enough milk to make a milk processing center and distribution network worth attempting. Sometime after that, if enough milk is produced it could be provided to primary school students in the local schools, improving nutrition while establishing a market and helping raise the economic standards of the local farmers. The Heifer Foundation has done something just like this in southern Tanzania, about 120 miles north of the Kasungu East District. Heifer doesn’t do work in our area, but we think this is such a great idea that we hope to reproduce it. Our next new initiative for 2018 is a “Women’s Studies/Empowerment” Curriculum. This grew out of an ongoing colloboration with Tabia Kazemebe, a Malawi native who is currently pursuing a master’s degree in Boston. Tabia got in touch with us when she found out what BTM was doing in Malawi. Tabia spent time working with UNHCR in a refugee camp in Malawi which houses people from many war-torn African states (they are safe in Malawi, which is not a violent country). She was struck both by the second class status of her fellow Malawi sisters and of many of the refugee women as well and hopes to find a way to change beliefs and therefore ultimately the status of women in her country and perhaps, someday, all of Africa. To this end, Tabia is working closely with Jenn Hardy and Naomi Lisse of BTM, Ellie von Wellsheim of the Mooncatcher Project, Jacqueline Minjale of K2TASO, and Lalita Matta, MD and Louis Cote, HS English teacher, who are coming along on this year’s BTM trip. As we develop this curriculum, we are working closely with the headmasters of the secondary schools in our part of the Kasungu East District to ensure that it is acceptable, culturally sensitive, and likely to be taught. We hope to begin an on-line book club as part of this initiative. We plan to teach the first segment of the curriculum as part of our upcoming April 2018 trip to Malawi. Wish us luck!

The next New Project of 2018 is “Artemesia.” Consumption of the leaves of this plant has the potential of reducing malaria rates and perhaps effectively treating malaria as well. Although safe to consume by humans, for a variety of reasons, its use is currently somewhat controversial. We are looking into setting up a research study in Malawi to see if it would be an effective prophylactic against malaria. If you have the time, you should do a literature search on this topic. It is most interesting! Dr Lisse, President of BTM, will soon be meeting with Dr. Pamela Weathers, an expert on artemesia and it’s anti-malaria potential, to see what BTM can do in this area.