Well, we’re back from another successful trip to Malawi. It was so great to go back there after the COVID hiatus of essentially two years. This year, a total of 6 high school students (contest winner Matheus Alves, and his classmates from Nashoba Regional High School, Margot Sonia, Addy Ogden, Maddy Guthrie, Lela Boermeester, and Heather Keene), six health care providers, (doctors Don Hangen, John Lozada, Megan Reyes Wangh, Karen Harvey-Wilkes, and Brian Lisse, as well as nurse Kayla Montiero), our dairy expert, Dave Smith, our IT expert Jenn Hardy and her son Jacob (a biomedical engineer and EMT), web designer and videographer Jonathan Slate, and medical scribe Alex Weaver went on the trip. We left the US on April 10 and arrived in Mtunthama, Malawi the next day after about 27 hours of travel. 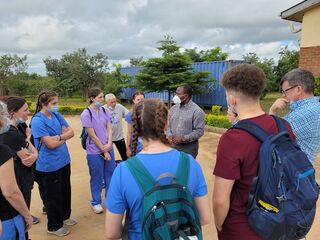 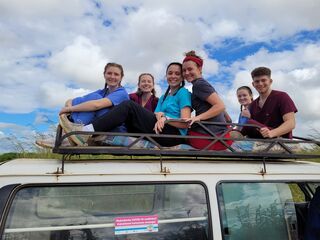 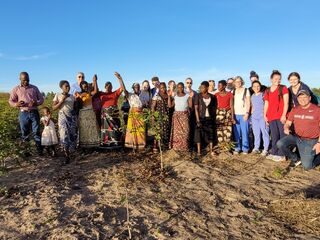 On our first full day there, the entire group was oriented to some of our development work (bamboo, reforestation, artemisia, chicken pass-on program) at the K2TASO headquarters. They were also shown our grain storage facility (famine prevention project) and then the Mooncatcher project which we had helped introduce to the area. Following this the group was oriented to St. Andrew’s Hospital , (the small rural hospital close to where we stay) and then ended that day at the orphanage, having an incredibly good time playing with the children.

Over the course of the next 9 days (we had to leave earlier than usual due to COVID testing requirements) we divided into small groups. On any given day one group might work at St. Andrew’s Hospital, while another would work at Kasungu District Hospital (aka KDH, the big urban government hospital), and another at the K2TASO headquarters clinic. Yet another group would work with Jenn Hardy in some of the schools we had solar powered and donated laptops to. Our entire team (except Jenn, and Dave) also had a chance to participate in two village outreach clinics, where we saw 811 patients. Among other things we diagnosed were breast cancer, supraventricular tachycardia, an unexpected but very welcome pregnancy in a woman who was convinced she was infertile, osteoarthritis of the knee (in several people, all of whom got an intra-articular steroid injection), and malaria (though far less in the first village than we had ever seen –3% vs the usual >50%). We also made two home visits to help provide medication to two different patients with advanced cancer. This was a very moving experience for all of us. It also provided the members of our team who had never been to Malawi to see how most people live there.

Don Hangen, our orthopedist, spent most of his time at KDH rounding on inpatients and seeing outpatients in the ortho clinic, but unfortunately was not able to operate due to a lack of available oxygen for the OR. 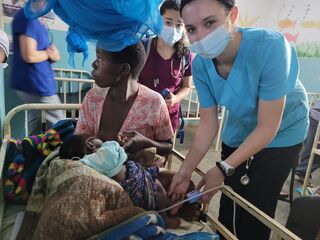 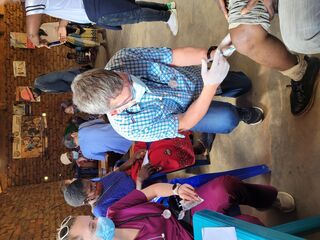 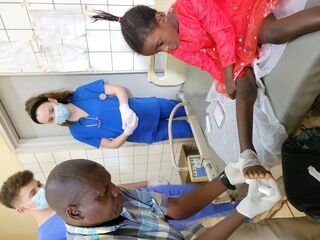 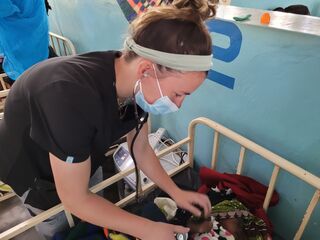 Karen Harvey-Wilkes and Megan Reyes Wangh, our neonatologists, divided their time between the labor and delivery wards at KDH and St. Andrews. On their first day at KDH, they walked into a tumult of women giving birth and babies needing resuscitation and found their skills utilized then and often thereafter. They spent a lot of time assessing the effectiveness of their prior efforts at upgrading the resuscitation abilities of the staff, and noted, I believe, mixed results. Consequently, they redoubled their teaching efforts, and left feeling that they had accomplished a lot.

John Lozada and I spent our time working at St. Andrews or at the KDH ER, seeing a variety of patients, and hopefully, helping our Malawian colleagues in the process. Kayla, our RN volunteer, got a chance to work closely with all of us. This was particularly wonderful for her (and us) because she is a veteran of BTM trips, having come on 2 when she was a high school student. Now, as a nurse and BTM board member, she had a ball working at an entirely different level, including delivering babies.

We also visited many of our development project sites during our time in Malawi, including our demonstration farm at Kasdikizi, which I had not had a chance to see before. What a pleasure to see our 9 cows looking healthy and well housed in the kraal (barn) we had built for them. Dave Smith, our dairy expert, went to Blantyre in southern Malawi to see a decade old dairy project there and consult with the people involved. He also spent much time visiting our beneficiary farmers and was quite pleased with how well their cows are being cared for. His only concern was that some of the cows looked “too fat” and he recommended a lower carbohydrate and higher protein diet. 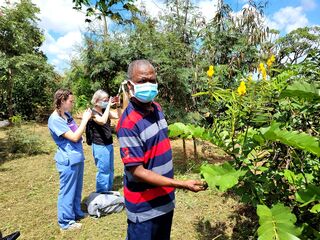 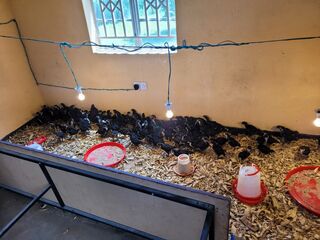 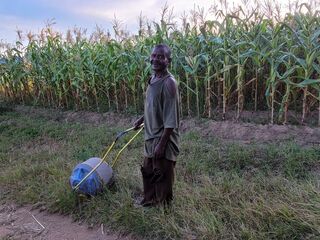 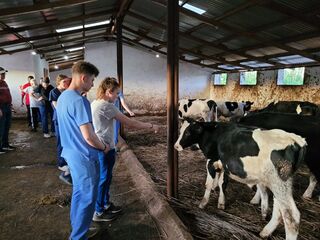 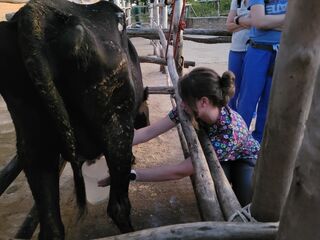 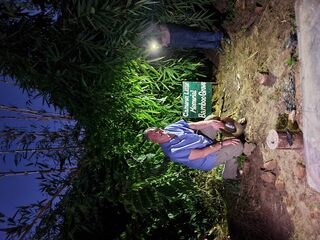 As I’ve already mentioned, we also visited some of our bamboo and reforestation groves as well as microcredit loan and land lease beneficiary projects and our new incubator and brooder building for the chicken pass-on program. All in all, I’d say our projects are going very well. Amazing to see that so many of the 6 inch saplings we planted a year and a half ago are now over 6-10 feet tall. Same for our bamboo, some of which grew from seed in 2020.

We also had the wonderful experience of attending the Anglican Easter service in the new cathedral sized church, which finally has roof on it. It’s so wonderful to see people truly rejoicing when the say that’s what they’re gonna do. Many of the congregation got up out of their pews to dance by the altar, and then they started pulling even more people up out of the pews! By the time this particular part of the service ended, at least half the congregation was up dancing to the music, including almost our entire BTM team! People were even dancing with pews on their heads!

As always, we spent much time at the orphanage, and, as always, our entire team was soon carrying orphans around, dancing and playing with them. It’s particularly heartening to see the high school students, 17-18 years old, playing with the kids as if they were parents AND older sibs at the same time. The love that passes back and forth is one of the most wonderful things I am blessed to experience as part of our trips. This year we took things a step farther and celebrated Easter by bringing the orphans to the tiny 1st world enclave of Kasungu Academy, which has a swimming pool. We all had a blast. Can’t think of a better way to celebrate any holiday! 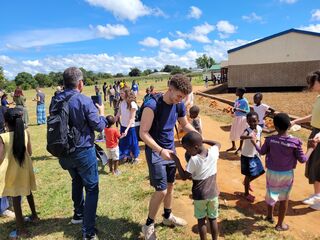 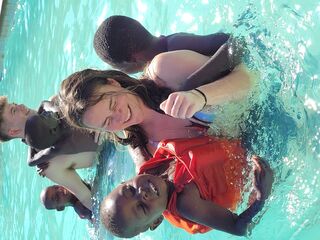 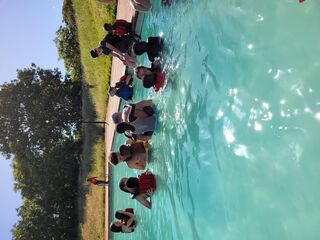 Our trip also coincided with Passover, so I got to hold my second seder In Malawi at the Minjale’s house. Jacque Minjale made matzo ball soup for the first time in her life. She did a great job, and I told her she is now an honorary Jewish mother.

We spent our second to last day at a village which staged a thank you celebration for Bridges to Malawi and Peter Minjale and his K2TASO organization. We watched traditional native dances, an elaborate version of the new song, “Bridges to Malawi,” written in praise of our efforts. We all had a chance to get up and join the performers in their dancing to this awesome tune. There were also songs and dances in praise of K2TASO. Finally we had the pleasure of being entertained by the Gule Wamkulu (the Malawian costumed traditional dancers). What an incredible show! 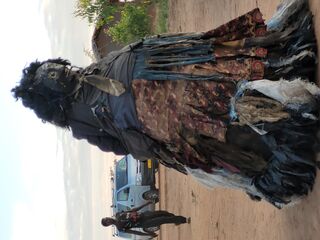 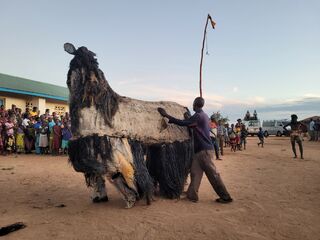 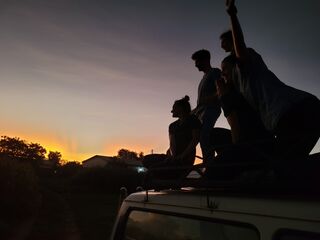 Our last 2 days (we had to leave Mtunthama a day early to get COVID tested) were spent, first at the Red Zebra on Lake Malawi, and then in Lilongwe, where we toured the Lilongwe Wildlife Refuge. On the way from Mtunthama to the Lake, we saw several elephants while we traversed the Nkhotakota National Park road. They are such beautiful and majestic animals! Saw many baboons as well along the roadside. Nice to have a chance to relax after all our hard work and before the long flight home. Hope you enjoy the pictures! Brian 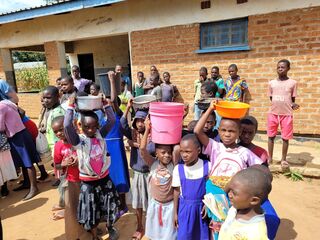 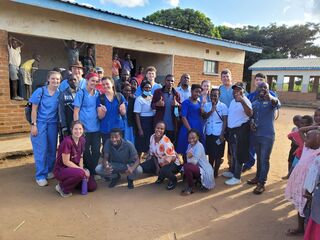 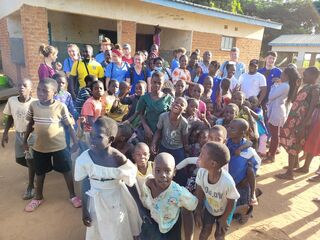 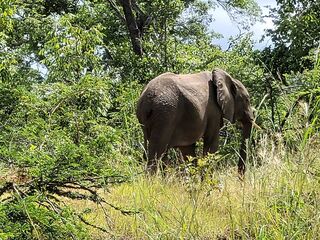 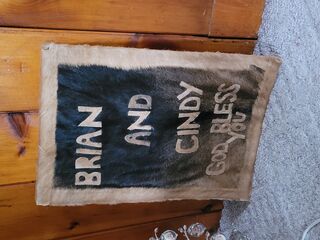